In January of 2016, a 53-year-old construction laborer was injured and later died after an extension ladder he was climbing broke and he fell 12 feet.
December 7, 2017 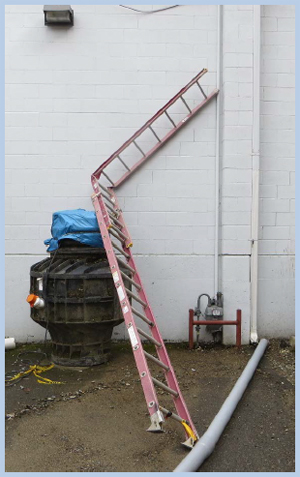 In January of 2016, a 53-year-old construction laborer was injured and later died after an extension ladder he was climbing broke and he fell 12 feet.

On the day of the incident, the victim and a co-worker were installing flashing over fire sprinkler heads on the exterior of a building. The victim wanted to inspect a sprinkler mounted on the building exterior. He placed a ladder against the side of the building. The ladder was a 24-foot, Type 2 medium duty/ commercial use fiberglass extension ladder with a load capacity of 225lbs. The other worker stood at the bottom of the ladder holding its rails while the victim climbed up the ladder. As he was climbing, the ladder broke at its upper section. It bent and broke at both rails. The victim fell 12 feet to the asphalt surface of the ground. He suffered multiple injuries and was in a coma for several weeks before he died.

Investigators were unable to determine exactly why the ladder failed. A contributing factor was that the ladder had pre-existing fractures that were not the result of a manufacturing defect. The victim’s weight was not determined and it is unknown whether it was a factor.

Consider purchasing a ladder with a high duty rating to ensure that it is able to withstand the loads it will be subjected to. 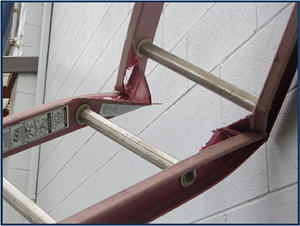