The U.S. Chemical Safety Board is an independent, non-regulatory safety agency that investigates chemical incidents and makes recommendations to prevent similar incidents from occurring. This short report is a summary of the lessons from several of the most catastrophic incidents the CSB has investigated. The CSB found common deficiencies in safety management systems, facility maintenance, adequacy of regulations, training. poor hazard awareness among emergency responders and insufficient community notification and planning. The specific incidents reviewed include the West, Texas fertilizer plant explosion, the Deep Water Horizon explosion, and the Richmond California refinery explosion. There is an infographic that accompanies this report: https://www.aiha.org/publications-and-resources/TheSynergist/Digital%20Synergist%20Images/201707-bythenumbers.jpg
2017

"There's an old saying that if you think safety is expensive, try an accident. Accidents cost a lot of money. And, not only in damage to [the] plant and in claims for injury, but also in the loss of the company's reputation." - Trevor Kletz

As an independent, non-regulatory safety agency, the U.S. Chemical Safety and Hazard Investigation Board (CSB) investigates catastrophic chemical incidents and makes recommendations to prevent similar incidents from occurring. The CSB has found that most catastrophic chemical incidents could have been prevented. The agency conducts comprehensive, root cause analyses, examining all the causal or contributing factors. Our investigations have identified deficiencies in areas such as safety management systems, facility maintenance, regulatory requirements and training. In addition to identifying the causes of an incident, the CSB uncovers factors that exacerbate its consequences, contributing to loss of life and property, such as a lack of hazard awareness among emergency responders and insufficient community notification and planning.

The CSB’s vision is a nation safe from chemical disasters. The CSB has published nearly one hundred investigative reports and produced sixty-eight video products to communicate its safety messages to audiences across the country, so that people may benefit from the lessons learned from these tragedies. With over 130 investigations and nearly 800 recommendations issued, the agency has sought to engage industry, unions, standards setting organizations, regulators, academia, and the American people in a collaborative effort to make the chemical industry safer, while maintaining economic productivity and protecting the jobs of workers in industrial facilities nationwide. The CSB has had an enormous impact on chemical safety with a staff of approximately 40 people and $11 million budget.

Here are some examples of our work.

On April 17, 2013, a massive explosion at the West Fertilizer Company (WFC), a fertilizer storage and distribution facility located in West, Texas, killed twelve first responders and three members of the public and caused more than 260 other injuries to first responders and the general public. Two of the fatally injured members of the public lived at a nearby apartment complex. The third lived at a nursing home and died shortly after the incident from injuries related to the trauma of the explosion.

The incident caused considerable property damage, including the complete destruction of the fertilizer facility, which was never rebuilt, leaving local farmers, ranchers and businesses without convenient access to needed products. The blast also caused extensive property damage beyond the facility. Two of the city’s school buildings had to be demolished and a third sustained major damage. Also destroyed were a nursing home, an apartment complex and numerous nearby homes. In a community of 700 homes, 350 (50%) were damaged as a result of the explosion, 142 (20%) of which were damaged beyond repair.

Total insurance-related losses from the explosion are estimated to be $230 million and federal disaster assistance is estimated to exceed $16 million. The company was only insured for $1 million, which fell far short of the incident’s damage. 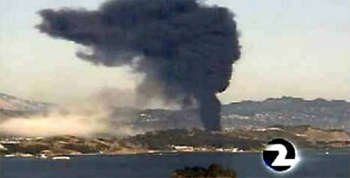 On August 6, 2012, the Chevron Refinery in Richmond, California, experienced a catastrophic pipe failure in a crude unit, causing the release of flammable hydrocarbon process fluid which partially vaporized into a large cloud. Nineteen employees engulfed by the vapor cloud escaped, narrowly avoiding serious injury. The ignition and subsequent continued burning of hydrocarbons resulted in a large plume of unknown particulates and vapor. Approximately 15,000 people from the surrounding area sought medical treatment in the weeks following the incident. The CSB’s investigation found that the pipe failure was caused by sulfidation corrosion, a damage mechanism that causes piping walls to thin over time.

Although the company has never reported the decreased production capacity experienced as a result of the incident, the U.S. Energy Information Administration determined that the increase in gas prices cost California consumers approximately $447 million in six months following the incident. 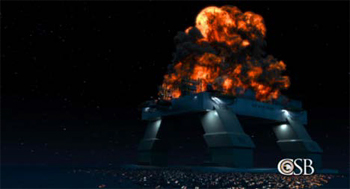 On April 20, 2010, a multiplefatality incident occurred at the Macondo oil well approximately 50 miles off the coast of Louisiana in the Gulf of Mexico during temporary well-abandonment activities on the Deepwater Horizon drilling rig. Control of the well was lost, resulting in a blowout—the uncontrolled release of hydrocarbons from the well. On the rig, the hydrocarbons found an ignition source and burst into flames. The resulting explosions and fire led to the deaths of 11 individuals, serious physical injuries to 17 others, evacuation of 115 individuals from the rig, the sinking of the Deepwater Horizon, and massive marine and coastal damage from a reported 4 million barrels of released hydrocarbons.

The operator of the rig, has paid out an estimated $13 billion worth of economic and medical claims as part of an uncapped settlement, in addition to a $20 billion settlement for federal, state and local government economic and environmental claims. Settlements involving other companies have reached $1.24 billion payout at the time of the completion of the CSB’s investigation. Other litigation remains pending. 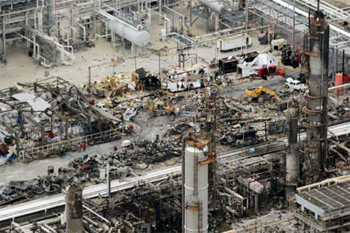 On March 23, 2005, a hydrocarbon isomerization unit (ISOM) exploded at the BP Texas City refinery in Texas City, Texas, resulting in financial losses of more than $1.5 billion. The incident killed 15 workers and injured 180 others. All of the fatalities and many serious injuries occurred in and around the nine temporary trailers sited as close as 121 feet from the ISOM unit. This refinery explosion was the most serious refinery incident ever investigated by the CSB. The CSB’s final investigative report into the incident found organizational and safety deficiencies at all levels of the BP Corporation. The report also noted gaps in standards and practices that likely contributed to other serious incidents over the previous decade.

Based on the more than 130 incidents investigated by the CSB, it is clear that hundreds of billions of dollars have been spent as a result of chemical disasters in the United States. To make the safety of Americans our number one priority, it is critical that chemical safety lessons are learned and shared among diverse stakeholders across industries. If the CSB’s many safety lessons prevented at least one catastrophic incident, the money saved by preventing damage to the facility and surrounding community, avoiding legal settlements, and saving human lives far outweighs the agency’s $11 million annual budget. Safety and prosperity are compatible. Strong safety programs are critical for the economic success of the chemical and petrochemical industries. The CSB’s continued collaboration with industry, regulators, standards setting bodies and other professional organizations proves that the CSB has a vital role in driving critical chemical safety change in the United States.