The differences in the age structure are most apparent among construction production (blue-collar) workers. Only 20% of union members who perform construction production work are less than 30 years old, but 37% of the non-union workers are under 30. Nearly half (45%) of the employed union members in production occupations are between 35 and 49 years old, while only 34% of the non-union workers are in that age range (chart 13a). 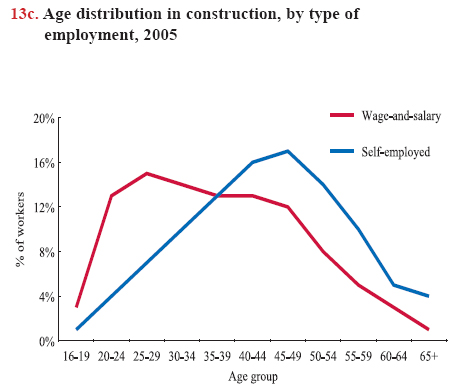 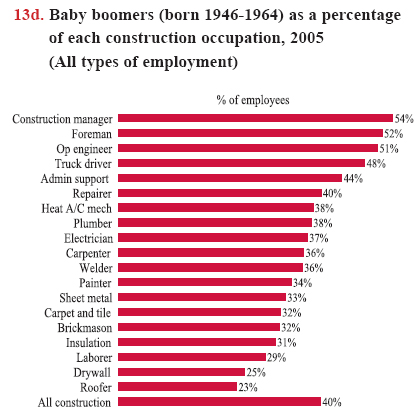 
1. Production workers are all workers, except managerial and administrative support staff – and include the self-employed.
2. The median is the midpoint; half of the workers are older and half are younger.

Note:
All charts - All charts include self-employed workers.
Chart 13a - Production workers are all workers, except managerial and administrative support staff – and include the self-employed.