Section 3: The construction industry and OSH

A brief characterization of the construction industry is given in subsection 31 together with some of the main OSH statistics. It shows that the industry is one of the main employers in many countries of the world, but also one in which a significant part of occupational accidents (especially, fatal accidents) occur.

Subsection 32 summarizes the main features of the construction industry and its OSH specificities. By showing the peculiarities of this industry, it allows a better definition of the procedures and methods for reducing accidents and professional diseases.

Finally, subsection 33 presents some of the conclusions of two important events in the European Union which may also be applied to other countries and may contribute to improve OSH in the construction industry. These conclusions are closely related to the issues and questions referred to in the previous subsection.

3.1 Characterization of the construction industry

The Confederation of International Contractors’ Associations (CICA) estimates the world production by the construction industry at 3 to 4 billions (1012) of Euros. The gross domestic product (GDP) varies, sometimes significantly, among countries, but is usually between 5% to 15%.

The ILO estimates the number of fatal occupational accidents in the construction industry at about 60 000 every year [Valcárcel, 2003] with about 64% in the Asia and Pacific region, 17% in the Americas, 10% in Africa and 9% in Europe (Figure 5). 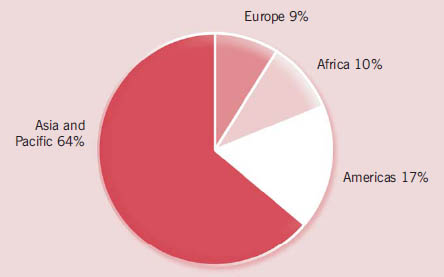 Figure 5 – Distribution of the fatal accidents in the construction industry

In many countries, there are twice as many occupational accidents leading to more than 3 days’ absence in the construction industry as the proportion of construction workers to all industrial workers would lead us to expect, and three times as many fatal accidents (Figure 6).

Figure 6 – Accidents in the construction industry versus all industries

3.2 Main features of the construction industry and its specific OSH features

The increasing competition among construction companies brings out the need to pay more attention to construction productivity issues.

The main objectives of any construction project are to avoid any negative environmental impact, to build with quality (avoiding defects), to ensure safety and health (avoiding occupational accidents and diseases), to meet the deadline and to minimize costs (Figure 7).

Achieving these five objectives is very complex, in view of the inter-relationships among them and the pressure of the market to favour some of them (traditionally, cost and time) over those more related to society as a whole (environment, safety and health, and quality). There is, however, a strong belief that occupational safety and health should never be compromised in any circumstances, for social and human reasons.

The construction industry has changed in recent decades. Today, many of those involved in the construction process recognize the positive influence on productivity of good occupational safety and health. In other words, they recognize that prevention measures are an investment rather than a cost.

Studies in European Union countries and elsewhere have shown that the cost of occupational accidents is about double the cost of measures that would prevent them (European Commission, 2003) (Figure 8). These prevention measures consist of action during the design, the planning and the execution of the construction project.

The construction industry is a hazardous industry. This statement has been repeatedly used by people involved in the construction process, to explain, at least in part, the high number of accidents and professional diseases in the industry. Meanwhile, more and more of them have been questioning the efficiency and the effectiveness of the existing systems for implementing and monitoring safety and health measures. However, all of them agree that if an accident happens, something has failed.

On the other hand, construction professionals know the hazards and the corresponding preventive measures; and in many cases those measures are being taken in most countries. Meanwhile, accidents continue to happen, although in some regions and countries there have been significantly fewer accidents (especially fatal accidents) in the last few decades.

This means that, in many cases, prevention measures are not being taken to “force” the bigger cut in the number of accidents that everyone wishes to see. In most countries, there are enough laws and regulations on OSH in construction, yet there is a failure to implement these laws and regulations. In view of this, some questions are:

(i) Why are the existing laws and regulations not implemented in many cases?

(ii) Why are prevention measures not implemented in many cases?

There is no single answer to these questions. Many arguments have been used to justify the non-implementation of existing laws and preventive measures. These include:

The governments and social partners in each country should reflect more deeply on all these features and, together, look for possible solutions at both the legislative level and the implementation level. It is the author’s belief that OSH legislation should be as simple as possible, and be as performance-based as possible (i.e. not too prescriptive), so that it is easy to implement by contractors and to inspect by labour inspectorates. Moreover, the owners/clients of the construction projects should be more involved in OSH issues.

3.3 Strategies for improving OSH in the construction industry

The issues referred to in the previous subsection have led many countries and regions to discuss ways to improve OSH in the construction industry. The European Union has seen two relevant events on these issues in recent years, the conclusions of which may also be applied elsewhere. The two events were held in 2004 and 2006 by the European Agency for Safety and Health at Work, based in Bilbao, Spain.

The main conclusions of the “European Construction Safety Summit” held in 2004 were published as the “Bilbao Declaration” (EASHW, 2004). They may be summarized as follows:

In addition, some countries and regions have made many changes to their OSH legislation in a search for continual improvement of the working conditions of construction workers and for fewer occupational accidents and less occupational diseases in this industry.

a) The ILO approach to improving OSH in construction (ILO Convention No. 167)

ILO Convention No. 167 (Safety and Health in Construction) has five sections: (i) scope and definitions; (ii) general provisions; (iii) preventive and protective measures; (iv) implementation; (v) final provisions. Of these, the general provisions (Figure 9) are the most important for the present document. The associated ILO Recommendation No. 175 helps us to understand and to interpret the Convention.

Figure 9 – The main general provisions of the ILO Convention 167

Member States that ratify Convention No. 167 should enact the necessary laws to make these provisions or adapt existing laws to accommodate them. Highlights of these general provisions are:

The “Principal Contractor” (not necessarily the general/main constructor, but certainly one of the constructors that know the construction process) or the “Person” (i.e. a competent person as defined in the Convention, who should have the authority and means to carry out his/her mission), should be responsible for coordination of the prescribed OSH measures and for ensuring compliance with such measures.

OSH should also be made the responsibility of those involved in the design and planning of a construction project, namely the project or construction managers and designers (not only of the construction project as the final product, but also of the temporary structures that are needed to build it, like scaffoldings, formworks, guardrails, and other). This means that the managers and designers should answer questions like the following:

For this purpose, the new OSH legislation should be inserted into the existing construction legislation on the responsibilities of managers and designers. The importance of this responsibility for OSH of those involved in the design and planning phases (i.e. before starting the execution phase) was illustrated by a study in the European Union in the 1980s, which concluded that more than 60% of fatal accidents in the construction industry could have been avoided by action before launching the construction site (Figure 10).

As for the maintenance of the construction project, the OSH should also be of concern, especially to designers, who should answer questions like the following:

Although the Convention refers expressly to cleaning and painting, other issues should also be considered, for example inspection of the construction project, including the equipment (e.g. air conditioning) installed in it.

One example of the ILO approach embodied in Convention No. 167 is the new methodology adopted by the European Union, which is summarized below.

The high number of meetings, seminars, congresses and symposia organized since then in the EU countries has contributed significantly to this awareness. Despite this, there are still some stakeholders in some EU countries who continue to ignore their responsibilities for construction safety and health, especially owners and designers who traditionally held the view that safety and health on construction sites was the sole responsibility of the contractors. The official entities (governments and, in particular, labour inspectorates) should boost the awareness of these stakeholders through seminars related to their specific duties.

Since its publication, each country of the EU has brought the provisions of the CSD into national law. However, although some countries have made this Directive work by creating the mechanisms and means for effective implementation, others have made a “simple” transposition with few adaptations to their own situation, thereby sometimes creating confusion for those who must implement it or check its application every day. Other countries still have changed, or are changing, their first transposition, clarifying it and/or adding detail. In spite of the common base introduced by the CSD, the fact is that each country in the EU has its own approach.

Before the CSD was published in the European Union, the responsibility for the implementation of all prevention measures on construction sites was handed mainly (and in some countries, only) to the contractors, based on the legislation and/or on the contracts between the owners and those contractors. After the publication of the Directive, all those involved in the construction process (owners, designers, managers, supervisors, contractors, subcontractors and workers) have responsibilities and obligations for occupational safety and health matters.

The CSD introduced a new approach to the improvement of OSH in construction. It highlighted the importance of prevention measures (managerial and material) to reduce work-related accidents and diseases in construction. It took the provisions of ILO Convention No.167 on “Safety and Health in Construction” (1988) into account. In short, the approach of the CSD is based on (Figure 11):

(i) the principle that all those involved in the construction process have specific roles and responsibilities concerning OSH, including the owner/client and designer;

(ii) the new concept of safety and health coordination (for the design phase and for the construction phase), creating:

The OSH roles of all those involved in the construction process, the new concept of safety and health coordination (both during the design phase and during the construction phase) and the new documents concerning hazard prevention are often described elsewhere and so lie beyond the scope of this document. However, some of the concepts and documents are referred to in this document, but in summary form.

c) Recommendations on improving OSH in the construction industry

Taking into account the approaches mentioned in a) and b) above, and the experience of countries that already take them, a possible strategy for promoting and improving an effective OSH culture in the construction industry based on ILO values is summarised in Figure 12.

To improve OSH in the construction industry, the following steps are strongly recommended:

1 Murie, Fiona (2007) from the International Federation of Building andWood Workers, a federation of about 350 unions, states that the number of construction workers in the world is estimated at 180 million and the number of fatal accidents in this industry at 100 000 every year.

2 An EU Directive is an instrument (like a law) which is legally binding on every Member State of the European Union as regards the results to be achieved, but it needs to be transposed to the national law of each country, so it is up to each country to establish the way and means by which to achieve the results.

Return to Table of Contents