Explains the importance of GFCI’s to prevent electrocution, the way they work, and how to examine them to assure that they are working properly.
November 2000

Ground fault circuit interrupters can pose serious risks if you take for granted they are working correctly. 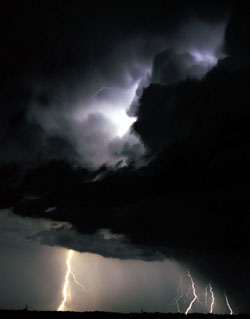 Electricity has been around since the beginning of time in the forms of lightning and static electricity. In 600 BC in Greece, it was observed that amber rubbed with wool would attract light objects such as straw, feathers, and bits of wood. Around 1570, William Gilbert, the man who is credited with coining the word "electricity," discovered electrical properties in items other than amber. The electric light bulb was invented in 1802, and Thomas Edison was the first person to successfully market an incandescent lamp, in 1879.

With the ever-expanding use of electricity, the need was recognized for a national standard to regulate electrical installations nationwide. The National Electrical Code came into being in 1897. Through the National Fire Protection Association it became NFPA 70 and remains the same today. It is the electrical standard for the United States and other foreign countries, including Mexico. The code is not a training manual; rather, it is a uniform standard used by inspection agencies, designers, insurance companies, and others who are responsible for electrical installations. The code is a minimum requirement for safe installations, and parts of the code became Subpart S and Subpart K of OSHA's standards.

When electricity became part of our lives, whether in the workplace or at home, effective grounding became our means of protection. Grounding is still a required method of protection from shock in the event of an electrical fault. This is the separate wire that is run with the circuit conductors and connected to the non-current-carrying metal parts of equipment that could become energized because of a fault.

A grounding conductor is also required in cords that are connected to tools, equipment, and appliances. The only exception is if the tool is supplied through an isolation transformer with an ungrounded secondary of not over 50 volts or uses a system of approved double insulation. The grounding conductor gives a direct path back to the grounding electrode (ground rod, structural steel, etc.) if a fault occurs.

When the transistor was invented, we entered into a new era. Now, we were faced with items such as transistor radios, which operated on batteries or regular household current. In the mid to late 1960s, one could hardly read a newspaper or watch the evening news without reading or hearing about a kid or kids being electrocuted. Typically they would be sitting in the bathtub when their radio (plugged into household current) fell into the tub, and electrocuting them.

Hairstyles were changing during this period, and the hand-held hair dryer became a part of practically every household. They posed a problem because they were primarily used in the bathroom, near the lavatory. This presented additional hazards because the water piping system was grounded, and a fault in the hair dryer along with someone coming in contact with the faucets could result in serious electrical shock or electrocution.

These factors led to introduction of Ground Fault Circuit Interrupters.

One of the items covered in the National Electrical Code is Ground Fault Circuit Interrupters, or GFCIs. The GFCI is probably the most significant life-saving device ever invented for protection against serious injury or death caused by an electrical shock.

The GFCI is designed for "personal" protection, not to protect equipment or the conductors of a circuit. While grounding is required and a vital part of safety of both people and equipment, the grounding conductor has nothing to do with the operation of GFCIs.

The GFCI senses an imbalance of current between the "hot" and "neutral conductor." The GFCI really does not care about the current draw (amps) passing through, as long as it is within the designed limits of the device. Rather, it is monitoring the current difference in milliamperes between the hot and neutral. A milliamp is .001 or 1/1000th of an ampere. If this difference is at 5 milliamperes, plus or minus 1 milliampere, the device "trips out," breaking the circuit.

While electricity performs many tasks for us and makes our lives more enjoyable, it is basically lazy. The lazy part is that it will seek the path of least resistance to a grounding source. The resistance in a copper wire used as the grounding conductor is very low and will allow current to flow rather freely. In the event of an electrical fault in equipment that has a grounding conductor, the current will flow to ground on the conductor.

The adult body has about 500 Ohms of resistance. If a person's body were to become the path to ground, the body would become a high impedance ground path. There is not enough current flowing through the body to trip an overcurrent device (a fuse or circuit breaker; the GFCI is not an overcurrent device.)

In order for an overcurrent device to trip, the current draw (amps) must exceed the rating of the device. For example, a circuit breaker rated at 20 amperes will not trip open until the current exceeds the 20 amperes. Using Ohm's Law, on a 120 volt circuit with 500 Ohms of resistance, the current level would be 240 milliamperes, or about 1/4th of an ampere. Even though this seems like a small about of current, it is quite deadly when passing through the body.

Shock in the range of 6 to 30 milliamps can be very painful, and the person in contact cannot let go of the circuit. At around 50 milliamps respiratory arrest is possible, with severe muscular contractions. Ventricular fibrillation starts around 67 milliamperes of current. This is when the heart basically starts fluttering and is not pumping blood through the system. If not stabilized, death is a real possibility.

So you can see that if the GFCI is functioning properly, the current level will never reach the danger point--because it trips at 5 milliamperes.

UL 1943 is the standard for testing GFCIs. Each manufacturer must insure that its product meets this standard. Included in the listing and labeling for GFCIs are instructions that they be tested monthly.

Both the National Electrical Code and OSHA's electrical standards require that equipment shall be used and installed in accordance with any instruction included in the listing and labeling. The purpose of this is to ensure as much as possible that the device is functioning properly.

The test is a very simple procedure where one can press the test button on the device to ensure that it does trip, breaking the circuit. This test button creates a difference of 5 milliamperes between the hot and neutral through a resister built in the device. There are GFCI testers in the marketplace where you can test the polarity of a receptacle and also trip the GFCI. I have stated that the grounding conductor has no part to play in the operation of the GFCI, but using the external tester the grounding conductor must be present because the tester is using the hot and grounding conductor to trip the device.

Are Your GFCIs Working?

We take for granted that our GFCIs are providing protection if we can operate a tool, hair dryer, or other item through them. Yet this is not always the case. While the device will allow current to flow through it, the monitoring of the current may not be taking place.

Built into the device is a metal oxide varistor (MOV) used as a surge suppressor. The MOV absorbs the voltage surge and converts it into heat. Repeated surges can degrade the MOV, still allowing current to flow but not providing the protection required. Voltage surges such as lightning strikes in the area can cause a surge, as can utility company switching. In the event a GFCI trips out, is reset, and power is restored, you should go a step further and press the test button to insure that the device trips open to stop the current flow. If the device will not trip open, or if it trips and current continues to flow, the device is defective and must be replaced.

Some parts of the country are more susceptible to lightning strikes than others. This is a primary cause of GFCI failures. The International Association of Electrical Inspectors obtained information from the American Society of Home Inspectors about its findings in inspecting residences. This survey only covered parts of the United States, and some of the figures are staggering about the number of GFCIs that do not operate properly.

In parts of Florida, up to 58 percent of the GFCI circuit breakers were defective, and 33 percent of the receptacles. Of the states from which information was obtained, Washington state had least number of failures. The survey covered parts of New York, Florida, Texas, California, Washington, and Illinois. IAEI, ASHI, and the National Electrical Manufacturing Association are joining forces get data from each state to give a true picture of the failures throughout the United States.

The Bottom Line For Safety

If you follow just these two steps, whether at home or at work, you can help ensure that your GFCIs function as life-protecting devices.

1. Test them monthly as required.
2. When a GFCI trips, reset and then trip it using either a GFCI tester or test buttons on the device. (Make sure this stops the current flow). Reset and use the circuit!

Joseph E. Layton (JLayton443@aol.com) is president of Layton's Electrical Consulting Inc., located in King, N.C. He is a member of the American Society of Safety Engineers, the International Association of Electrical Inspectors, and the National Fire Protection Association.