A multifaceted study of occupational safety culture and habits in the Irish construction industry.
2002

It was found that the average age of the workers was 31 years, with 25% of the sample being younger than 23 years, and 50% younger than 29 years. That highlights the relatively youth of the population working in the industry.

Most of the workers had a good deal of experience working in the construction industry (for example 60% of the sample has worked in the industry for an average of 11 years). However, when considering the present job, 25% of operatives reported having worked for less than one year and 50% having worked less than two years in their present job. This finding also highlights the relatively lack of experience of the sample in terms of their job position.

It was also found that 47% of the sample were unionized, while the majority of the sample reported not being linked to any union organization. 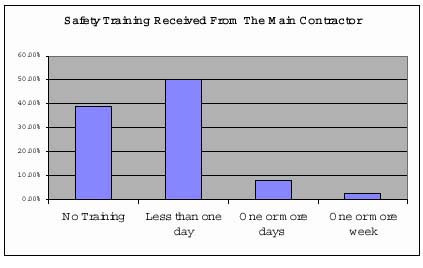 When operatives were questioned about training received through their subcontractor companies, almost 67% replied that they had received no safety training, while 22% of the sample received limited training of between one hour and a day (see figure 12). As with safety training provided by main contractors, 11% of operatives received more extensive training that lasted one day or longer. Again, it is evident here that the majority of subcontractors are rather negligent in providing safety training. 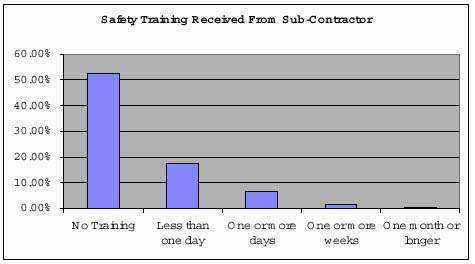 Experience working in high-risk situations and perception of risk

In general, all situations regarding working on scaffolds, using ladders and working on roofs (see methodology for more detail about these situations) were perceived as of high-risk. The operatives perceived working on fragile roofs and using defective ladders as being the most risky of the nine situations presented. Using short ladders for accessing upper levels was the situation that was perceived as the least risky of all nine situations. However, even this one was evaluated as being of medium risk. Three questions were asked about these nine situations -how risky the situation was, how frequently it would be found in the construction industry in general, and how frequently it would be found on the site. Figure 13 shows the average perceived risk and the perceived frequencies of these risks in construction and on site. 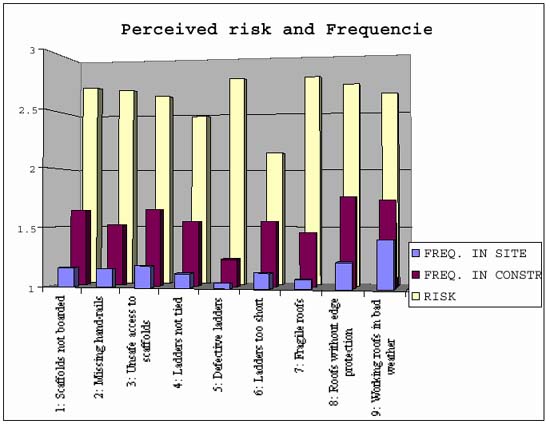 Figure 13: Perceived level of risk and Frequencies of risky situations for the nine situations of the research, in a scale from null/no risky (1) to very frequent/highly risky (3)

Figure 14 gives a graphic representation of the percentage of operatives that reported any of four possible behaviors as their probable pattern of action if facing the situations presented in our survey.

In general, we can conclude that operatives appear to have an accurate perception of risk in relation to the target situations highlighted in our research. The preferred way of dealing with risky situations is to report them. However in the case of those working on roofs their first reaction is to stop working. 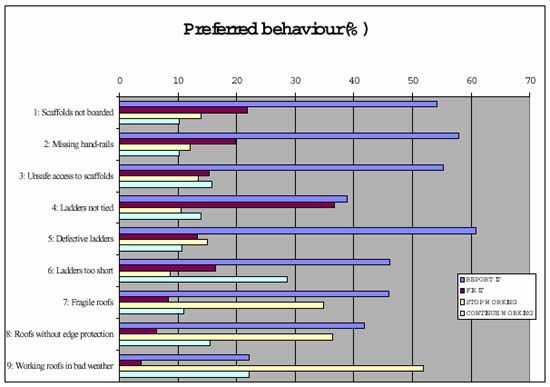 Figure 14: Preferred behavior in the face of danger reported by workers

With regard to attitudinal aspects, five variables were selected to check different attitudes to safety. Three of the items were presented in such a way that agreement with them would represent a positive attitude toward safety and/or safety related aspects, while the other two were presented in a way that agreement would represent a positive attitude toward risk and/or disregard for safety.

In order to establish whether there was a natural grouping of these items in the way they were responded to, a factor analysis was performed. Two factors were identified. The items of positive attitude towards safety loaded in the first group, while the items of positive attitude towards risk loaded in the second. Accordingly, the factors were titled as so. Table 16 describes the attitude items grouped in their factors.

Figure 15 below represents the site means in both factors, one against the other. Original mean values have been transformed to graphically display positive and negative directions accordingly to the disagreement-agreement scale used in the research. Overall it is expected that sites with better attitudes towards safety will show more positive rankings (agreements) in this factor and more negative ones (disagreements) in taking risks. 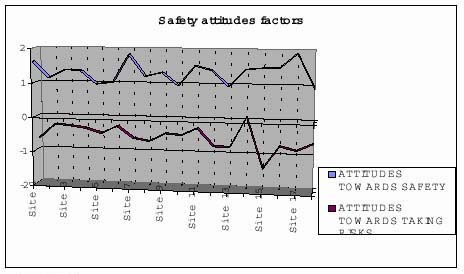 When looking at the attitudes across sites it can be observed that workers tend to agree with the positive items reflecting positive attitudes towards safety. However, they show rather ambivalent opinions when questioned about attitudes towards taking risks. Distributions for this factor are close to a neutral point than to the negative pole expected.

Safety Climate concerns the perception of the organization and situation with respect to safety. Fifteen variables were selected to check the perception that operatives have about their job context, especially those aspects related to safety. Some of the items were selected to collect information about the management system of each site, the level of risk of the site, and other aspects that could be affecting the safety of the workplace. Table 17 below shows the climate items in this survey grouped in their empirical factors, following a factor analysis of the data. 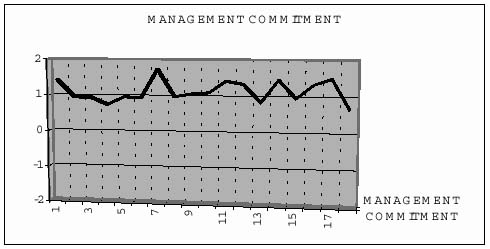 A second group of variables gave information on the difficulty of being aware of hazards on site and the influence of work demands and familiarity on the level of safety. In general, operatives do not perceive those variables as affecting their safety on the job. The figure below represents the site means in the scale of disagreement-agreement used in the research. The line of mean values is clearly in the disagreement area. However it can be also appreciated that, overall, values tend to a neutral point. 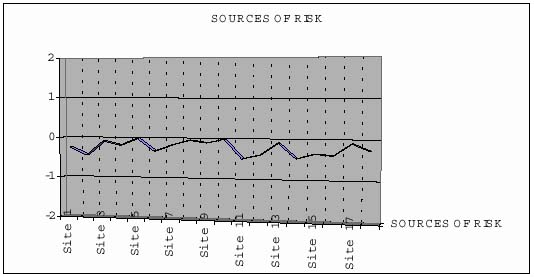 Figure 17: Perception of sources of risk influencing safety in site

In relation to the idea that construction sites are dangerous places, operatives tend to agree with that assumption. Figure below shows the results per site. 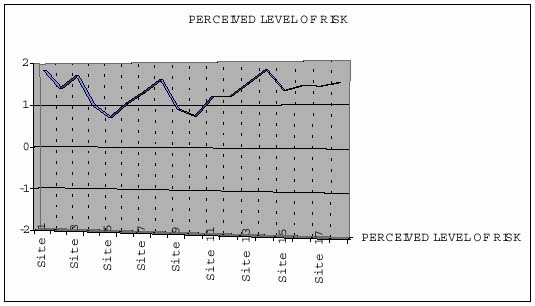 Figure 18: Perceived level of risk in site and industry