Although the rate of work-related deaths among construction laborers was less than half as high as the rate for ironworkers, the number of laborers killed on the job was higher than any other construction occupation – 884 compared with 98 ironworker deaths (chart 35b). 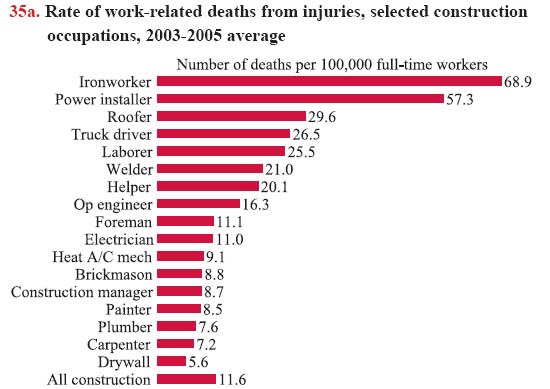 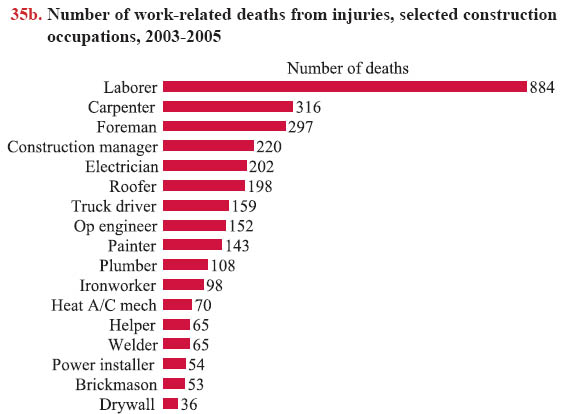 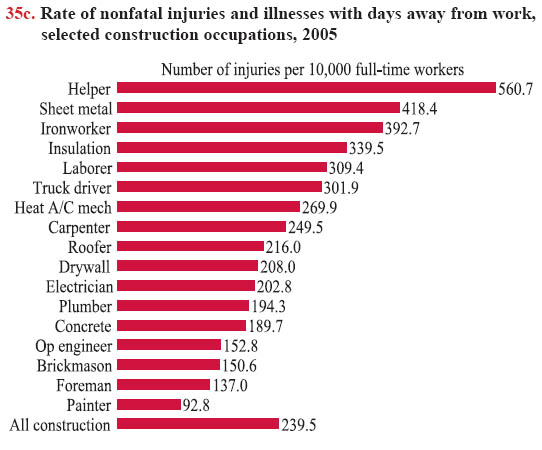 1. Since some occupations have a relatively small number of employees, three-year averages are used because they provide more reliable estimates than data from a single year.