Section 34: Deaths and Nonfatal Injuries and Illnesses in Construction: Demographic and Geographic Trends

Nonfatal injuries and illnesses followed a similar trend. The proportion of nonfatal cases resulting in days away from work in workers aged 25 to 34 dropped from 39.4% in 1992 to 30.1% in 2005, while nonfatal cases increased among workers aged 45 to 54, from 10.4% to 18.5% during this same period (chart 34b). However, younger construction workers had higher nonfatal injury rates than older workers.1 Illnesses are approximately 2.5% of the total in construction, so the numbers for construction essentially reflect injuries..

In contrast to fatal injury rates, the nonfatal injury and illness rates for Hispanic workers were similar to, or in some cases even lower than, rates for other workers (chart 34c, see blue text). In 2005, the work-related injury and illness rate for Hispanic construction workers was about 8% lower – at 152.3 per 10,000 full-time workers – than the rate of 165.3 for non- Hispanics. This result contradicted findings from other sources that indicate Hispanic workers have a higher nonfatal work-related injury rate than workers in other ethnic groups.2 The conflicting data suggest that injuries among Hispanic workers could be underreported to an even greater degree than injuries for non- Hispanic workers (see chart book page 32).

The numbers of deaths were obtained from the Census of Fatal Occupational Injuries (CFOI) conducted by the U.S. Bureau of Labor Statistics (see chart book page 32). The numbers of construction workers were from the Current Population Survey (see chart book page 9). The nonfatal injury and illness data are from the BLS Survey of Occupational Injuries and Illnesses (SOII; see chart book page 32). Both the CFOI and SOII may underestimate occupational injuries in construction, particularly in informal sectors or "underground" construction. In some cases, construction employees are misclassified into other industry sectors (see chart book page 20). For instance, temporary workers and day laborers may be misclassified under service industries in either the 2002 North American Industry Classification System (NAICS) or the 1987 Standard Industrial Classification (SIC) system. However, when the fatal and nonfatal data collection systems are compared, the numbers and rates for fatal injuries are more complete and accurate than those for nonfatal injuries and illnesses. 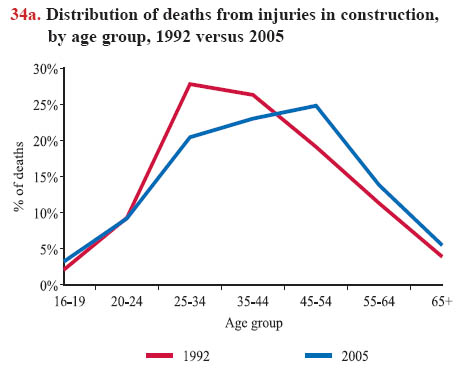 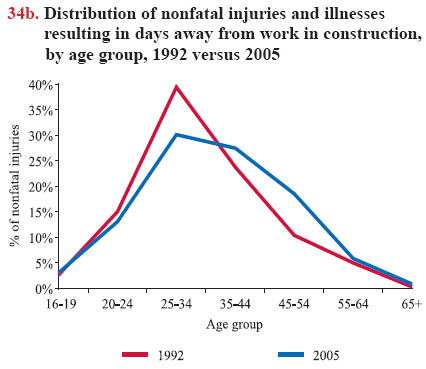 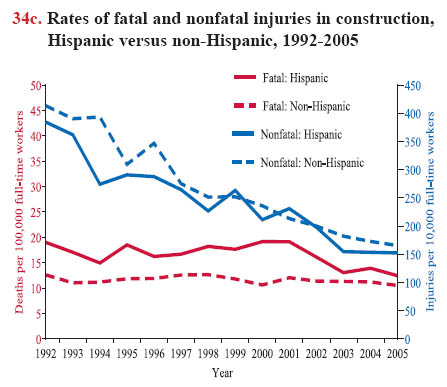 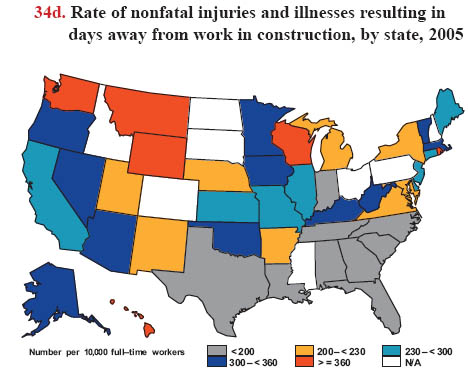