Hispanic workers in lower-skilled occupations are more likely to be new immigrants. More than one-third (34%) of construction laborers who identified themselves as of Hispanic origin entered the United States after 2000, while the proportion was 28.5% for overall Hispanic construction workers (see chart book page 14). Also, many foreign-born construction workers are not proficient in English. Among the Hispanic production workers who speak languages other than English at home (see chart book page 14), 42% reported they cannot speak English very well, and the same proportion (42%) reported they cannot speak English at all. 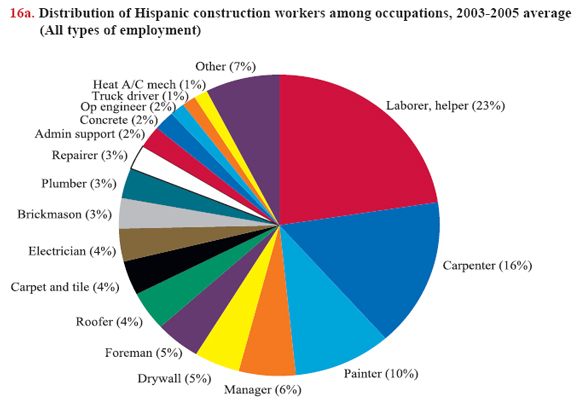 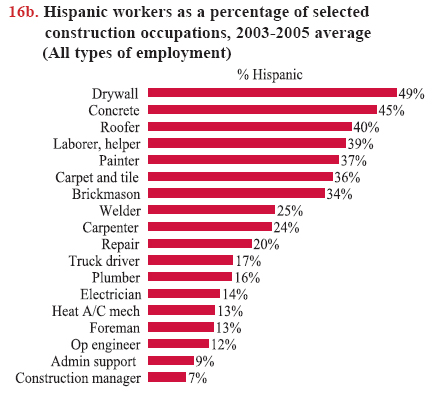 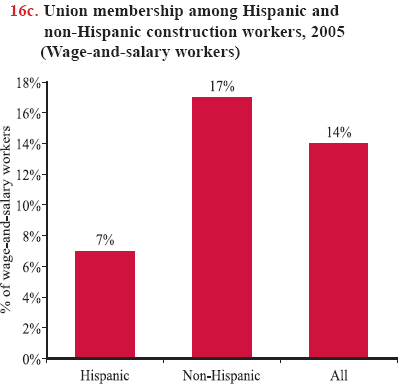 Note:
All charts - Total of 2.6 million Hispanic construction workers (all types of employment) in 2005.

Charts 16a and 16b - Data are averaged over three years to get statistically valid numbers.